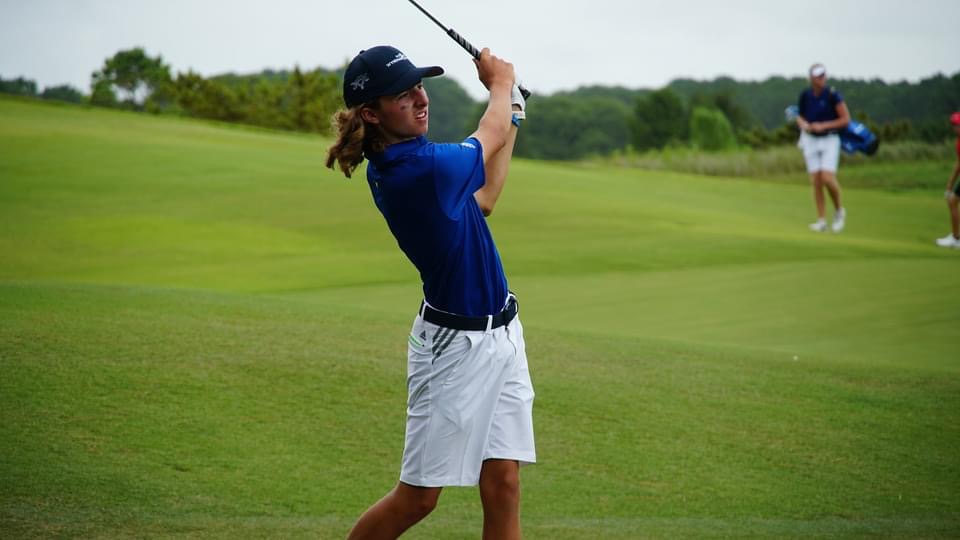 “I’m very happy to be able to get low Junior at the city am,” said Snyder, a Loyola Marymount commit. “Brett obviously played really well the first day and it made it hard to catch him. My putts weren’t dropping either day so it made it hard to get the win. But I still played solid golf. My junior career has been a lot of fun. Recently, I won a few AJGA Opens that earned me to be able to play in some great invitationals around the country. I have committed to a great college LMU and look forward to continuing to pursue my goal of being a top PGA pro after college. I would also like to thank my coach Eric Meeks for everything.””

Snyder and the other juniors enjoy stepping up in competition and determining how their games translate to bigger tournaments. But Snyder also continues to enjoy competing in local, regional and national tournaments. Tim Brand, SNGA director of rules and competitions, has witnessed the solid play from juniors for several years.

“I guess the first thing that comes to mind is how well they seem to play when they show up,” Brand said, “The talent pool for young golfers gets deeper and deeper. It forces these players to learn how to play tournament golf at a high level. It also helps them with course management and how to avoid the ‘big mistake’ out there. The high-level juniors come into our events and know that they have the ability to go low at any course because they have done it before. Because they have that confidence, they are not intimidated by some of the older more accomplished players.

The City Am has a long history of top junior talent playing and doing very well. In 2018, then 16-year old Sodetz won the event for the first time before adding his second City Am trophy this year. Sodetz is a UNLV student and is still pondering his next moves for college golf and beyond.

“Our juniors have been winning a lot, from Michael Sarro winning the State Am in 2020 to the City Am being won by a junior golfer pretty much every year for the last five years,” Brand said. “When these juniors see their peers who they compete with winning these events, I think it gives them the confidence to know that, “If he can do it, I can do it.”

The distance evolution taking place at all levels of golf is also an advantage for the younger generation and helps with a potential intimidation factor.

“I think that the need to continue to gain distance at the junior level helps them,” Brand said. “They see what is happening on Tour and they watch so many of their peers continue to get longer. Because of this, most of our longer hitters are from the junior pool. When you show up as a junior and and get paired up with maybe a former City Amateur or State Amateur champion, there is the chance to get a little intimidated. But, when they get out there on the course and are hitting it past a lot of those guys on a consistent basis, I think it probably helps settle their nerves a little bit.”