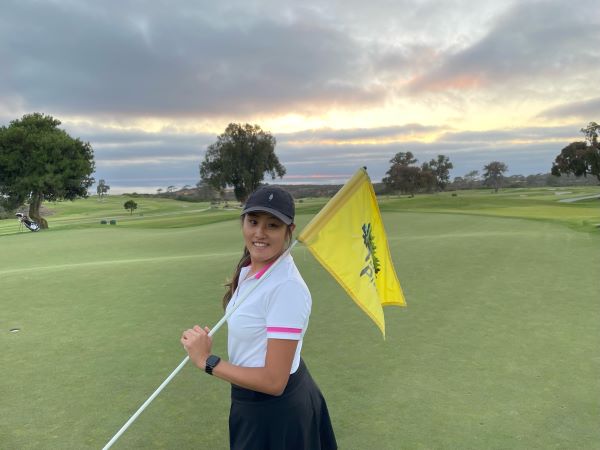 Leah Im’s journey in the world of golf has taken her from the junior ranks, to high school, and now onto the college scene. But, while she is studying golf in college, it’s not on the course. Im, a Clark High School graduate and SNJGA alumna, is entering her senior year at UNLV and is part of the UNLV Professional Golf Management program. To say golf is in her future would be an understatement. –By Bill Bowman, www.LasVegasGolfInsider.com

Im is wrapping up a summer internship at Callaway Golf in Carlsbad, CA, prior to her senior year at UNLV. It’s a summer that has certainly opened her eyes to the wide range of opportunities in the world of golf.

“I’ve been here for three months and I have learned so much,” she said of the internship. “Before, I had only seen the green grass part of golf. This internship has helped me see the corporate side. Whether it’s marketing, HR, retail or any of the other sides, I’ve learned there’s a lot of different areas of golf that I took for granted before.”

And now that she’s entering her senior year, it’s made the path she hopes to pursue in the world of golf that much tougher.

“All of this has helped me with trying to build a future in golf,” she said. “But at the same time it’s made it tough to narrow down the choices.”

She said her early SNJGA days really helped her form a love of the sport and helped her grow along the way.

“I was really shy when I started,” she said. “I was really uncomfortable but junior golf helped me get out of my shell. Everyone was so helpful. It was the same with high school golf. All of the coaches I worked with along the way really helped me, especially Jim Hart, and also helped me as I got more interested in the sport. I wasn’t sure what I wanted to do but the more I played the more I knew golf would be a big part of it.”

She added there’s one person from her days in junior golf–and after–she will always fall back on to get advice.

“Nicole (Dutt-Roberts) really helped me along the way,” Im said. “After I started the PGM program, she allowed me to help her. I shadowed her in a sense and helped with junior clinics. She took me under her wing. It was kind of strange because I was always the one being taught and now I’m helping out.”

During her time in the PGM program, she said her school work is going well. The main problem she encountered is one many in the program have run into.

“Passing the PAT (Player Ability Test) was tough,” she said with a laugh. “Academically I just have to put in the time, study and be able to pass a test. For the PAT, even if you practice well it doesn’t mean you’ll play well. Let’s just say it took me awhile.”