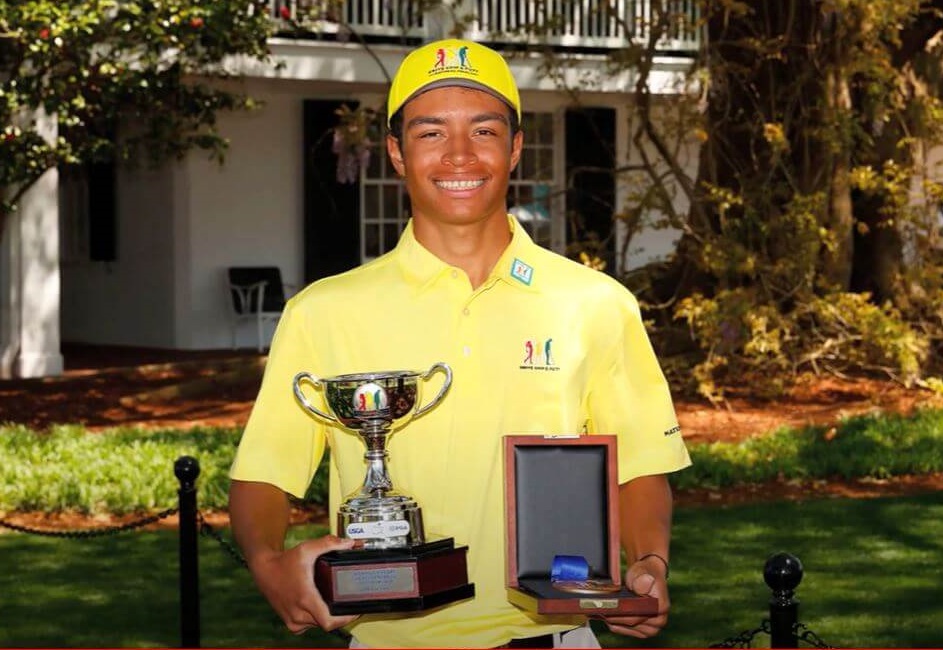 Nicholas Kilgore has a determination to get better and that attribute has helped him earn a scholarship to play golf at Central Michigan University where he will be a foundational building block for coach Kevin Jennings. –By Brian Hurlburt, Las Vegas Golf Insider

“We’re starting a new program for the first time in 36 years, so having him commit validates what we’re trying to do,” says Jennings, who previously led the Prairie View A&M men’s program to its third consecutive Southwestern Athletic Conference championship and subsequent NCAA Regional Tournament berths, plus guided the Panther women to a program-best runner-up finish in the league tournament. “I thought getting Nicholas would be a very instrumental part in us establishing ourselves and we definitely have strengthened our program by having him.”

Kilgore, the 2020 Nevada State Junior Amateur champion, is excited about the promise of helping build something special for Central Michigan while realizing a lifelong dream.

“The first thing that comes to mind is that it’s another goal I can knock off the list,” Kilgore says. “To play D1 college golf was the main goal. Central Michigan is a great university, and it’s a place where I can focus on my academics and athletics. I also believe that attending Central Michigan will guide me to the next level.”

Along the way, Kilgore had support from the local golf community, including Nicole Dutt-Roberts and Jim Hart. Hart was his first instructor while Dutt-Roberts helped Kilgore play in more tournaments, which allowed him to flourish as a player.

“They have been very instrumental in helping me and they have supported me and guided me to be the player and person I am now,” Kilgore says.

Dutt-Roberts says Kilgore has a special mindset that will allow him to be successful at the next level.

“He has determination,” Dutt-Roberts says. “He plays with that determination because when sometimes you could see him get a little frustrated on the course, he would fight back. He has a certain focus on the course that is important. And he also really blossomed by playing in more tournaments and I think that helped his confidence. He just kept getting better and better.”

Community service and involvement is very important to Jennings, and his Central Michigan players will also be involved. Kilgore will fit right in with that mindset.

“Nicholas is a wonderful student, a great player and a wonderful individual, which will allow him to represent himself, his family, the program, and the institution very well,” Jennings says. “Those are big for what we’re doing and building, so I know that Nicholas will do all of those things and that he wants to be a part of something special.”

Kilgore is in the class of 2022 at Shadow Ridge.