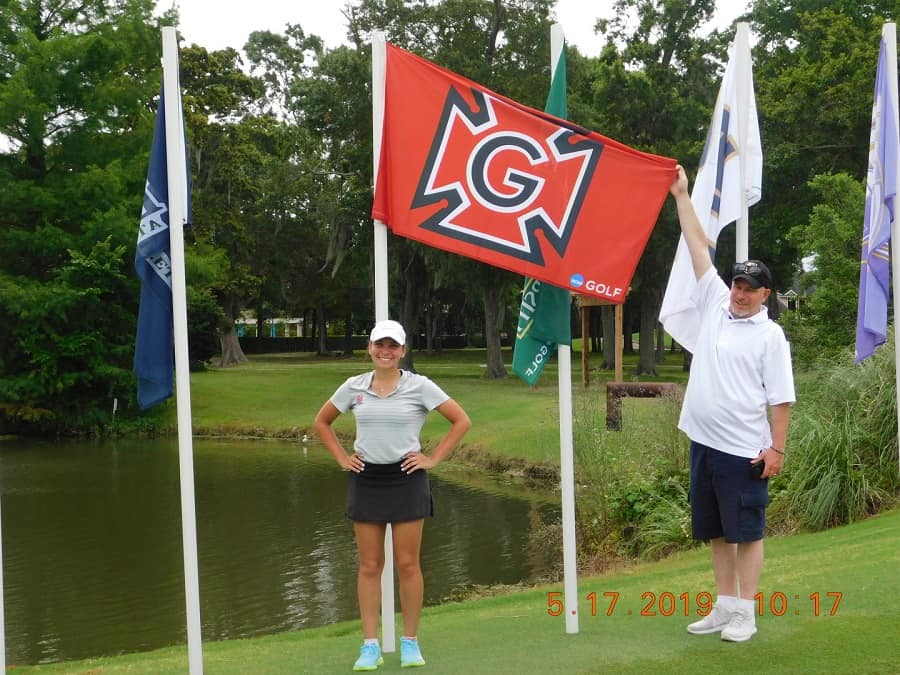 Danielle Oberlander looks back with great joy at her time with the Southern Nevada Junior Golf Association, and now as her career at Grinnell College is nearing an end, she is already looking forward to her next adventure … law school. We recently caught up with her, so please enjoy our conversation with this SNJGA alumna who looks forward to making a positive impact throughout her life. –By Brian Hurlburt, Las Vegas Golf Insider.

SNJGA: What is the first thing that comes to mind about playing in the SNJGA growing up?

Danielle Oberlander: The first thing that comes to mind when I think about playing in SNJGA events is the sense of community the organization fostered. It was nice to have a network of friends and mentors who encouraged me to be the best golfer and best person I could be.

SNJGA: How did the SNJGA help your future on and off the course?

DO: The SNJGA prepared me to compete on the collegiate level, for sure. I learned so much about sportsmanship and healthy competition during my ten, or so, years playing in junior events. Luckily a lot of what it means to be a good sport transfers well into the classroom as well! I would say my integrity and optimism are the two most valuable traits I gained from playing in SNJGA events.

SNJGA: Also, can you let me know what travel teams or other awards or wins you had in high school or SNJGA?

DO: Oh wow … high school feels like forever ago! I remember being an all-conference player, an all-region player and a second team all-state player. While I was at Bishop Gorman, we won our conference championship all four years, which was awesome. We never clinched a state title, unfortunateley, but I had a lot of fun along the way.

I also represented Southern Nevada at the Girls Junior Americas Cup where our team won the Joan Teats award for leadership, sportsmanship, honesty, friendship and respect. To me that felt just as good as winning the tournament because it showed that the SNJGA created well rounded players.

SNJGA: What stands out and are your best memories playing for and attending Grinnell?

DO: The Grinnell team has been my rock for these last four years and I am so grateful for my coaches and teammates because they made my college experience unforgettable. My favorite Grinnell golf memory is definitely going to the NCAA Division III Championship my sophomore year. The whole event was so much fun, especially because I got to experience it with my best friends.

In college I have been an academic all conference player, second team all conference player and the St. Louis Intercollegiate Athletic Conference Sportsmanship Award recipient. My team was ranked 3rd in the country for NCAA Division III programs for an extended amount of time during my career as well!

SNJGA: Next up is law school. What are your thoughts on this new challenge?

DO: Next year I will be headed to law school. I am still deciding between staying in Iowa and attending the University of Iowa or moving back to Vegas to become a Rebel. I have wanted to be an attorney for as long as I can remember so the fact that I am just one step closer to my long term goal is pretty surreal.

SNJGA: What are your future plans and goals after law school?

DO: I hope to one day practice in the realm of public interest. I am passionate about helping people, especially people who do not have access to fundamental resources. Going into public interest feels like the best continuation of the social justice work I have done at Grinnell so I am eager to see how much I can do in the future.