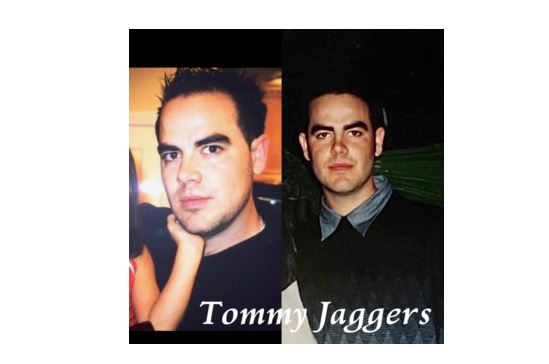 It was unexpected when former Southern Nevada Junior Golf Association member Tommy Jaggers passed away from a heart attack Oct. 11, 2021, at the age of 44, but the family is coping as best they can and using a good cause as part of the process. Family and friends have donated more than $11,400 (through Oct. 25) to the SNJGA since his passing, and his sister, Yvette Tippetts, says her brother would be happy about that, especially helping those less fortunate. —By Brian Hurlburt, LasVegasGolfInsider.com

“I think he would be so pleased that with the donations raised, they’re going to give kids the opportunity to play golf and I hope that that’s what they use it for, to help kids who can’t afford it,” Tippets said. “He loved children and he loved helping children and, this was the perfect way to honor him and honor his memory because of his love for golf and then his love for just helping children. Not everybody grows up lucky like us, because we were members of the Las Vegas Country Club and we were able to have a lot of terrific experiences with the Southern Nevada Junior Golf Association tournaments. But some kids need reduced rates to be able to play golf because it’s not accessible to them. He would be so proud to be able to help children have that opportunity.”

The SNJGA board, staff and volunteers don’t take it lightly when decisions such as to donate to the organization in memoriam are made.

“We are so honored the family selected the SNJGA as a way to honor their son and brother,” said Renee Rocco, SNJGA operations manager. “We are deeply saddened by his sudden passing, and those who have been around for a while, have fond memories of him as a junior player. The funds raised will be put to very good use in growing the game, and his memory will live on within the SNJGA and beyond. There will be a definitive and positive impact made in his honor.”

Tippetts said Jaggers, who won many SNJGA events as a youngster and also played at Valley High School, had a terrific personality and she and her family miss that along with playing golf with him as they were all a family of golfers, including his father, Jon, now a member at Red Rock Country Club.

“He just had such a big personality,” Tippetts said. “He could walk in any room and  there was never a stranger to him. He was so easy to talk to. He was a really good golfer and he was such an athlete. He could play any sport, but he just, he loved golf and played that the most.

A sense of community was also important to Jaggers.

“One of the things too, about my brother, was that he was born and raised in Las Vegas, so he was born here and grew up here,” Tippet said. “This city was very important to him. And my father was also born and raised here, so we’ve been a big part of the community for a long time. And that was really important for my brother; just being a big part of the good things that happen in this community.”

Note: the link will be inactive beginning Oct. 31, 2021, but any donations after that can be sent via check to the SNJGA and in his name.