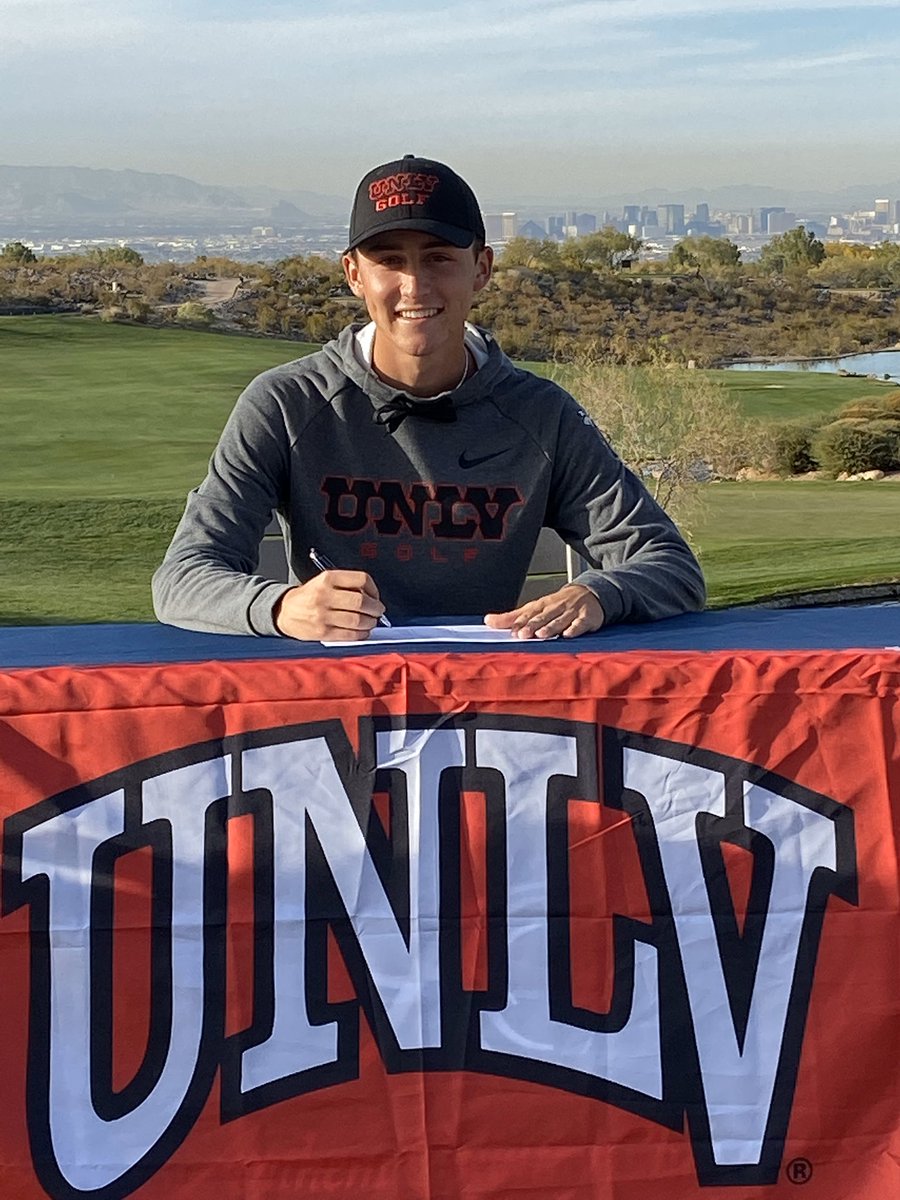 Posted at 10:38h in Member Spotlight, News by Brian Hurlburt

For Ben Sawaia, it’s a glass half-empty, glass half-full time in his life. The half-empty part saw the recent Coronado High School grad’s team’s chances for a third straight state golf title go by the boards when the coronavirus pandemic hit. The half-full part saw the shutdown give him the chance to work on gaining strength and improving his game for the next step in his golf life: as a freshman on the UNLV golf team. –by Bill Bowman, Las Vegas Golf Insider staff.

Sawaia knew early on he would be a Rebel. In fact, he committed to UNLV as a sophomore.

“It’s my dad’s (Joe Sawaia) alma mater even though he played baseball,” Ben said. “Out of all of the coaches I talked to, I formed the best relationship with coach (Dwaine) Knight and coach (Philip) Rowe.”

There were also other circumstances.

“The facilities there are the best anywhere,” he said. “It doesn’t get much better than getting to play at Southern Highlands and Shadow Creek.”

He’s also already getting the chance to see how his game compares with college players.

“It’s cool being a local,” Sawaia said. “I’ve been in touch with a lot of the guys on the (UNLV) team. Some stay here over the summer and just last week I played with three of the other guys seven days in a row. It was nice. I got to see where my game is, got a few tips and it really helped my confidence.”

While the high school career came crashing to a halt, he said that was both good and bad news.

“To be honest, we had a lot of talented kids on the team and we were all really confident,” he said. “The guys were really fired up. But then we had to cut it short and that sucked. But then I realized that it’s just the end of one chapter and the start of a new one. I knew I had to move on and keep improving.”

He’s been improving since his days in junior golf in SNJGA tournaments.

“Junior golf definitely helped me a lot,” he said. “When I was younger, we didn’t travel very much, but the SNJGA events gave us a lot of events to play. They were local events, but we played with a lot of kids who weren’t local. I learned a lot from them and it’s part of the reason why my game is where it’s at today.”

And now he’s gearing up for a freshman season.

“I have a huge goal,” he said. “Ever since I committed to UNLV, my main goal is to play as a freshman. I’m anxious to see how things go and to see how everything works out. It’s going to be a new start and I’m excited.”