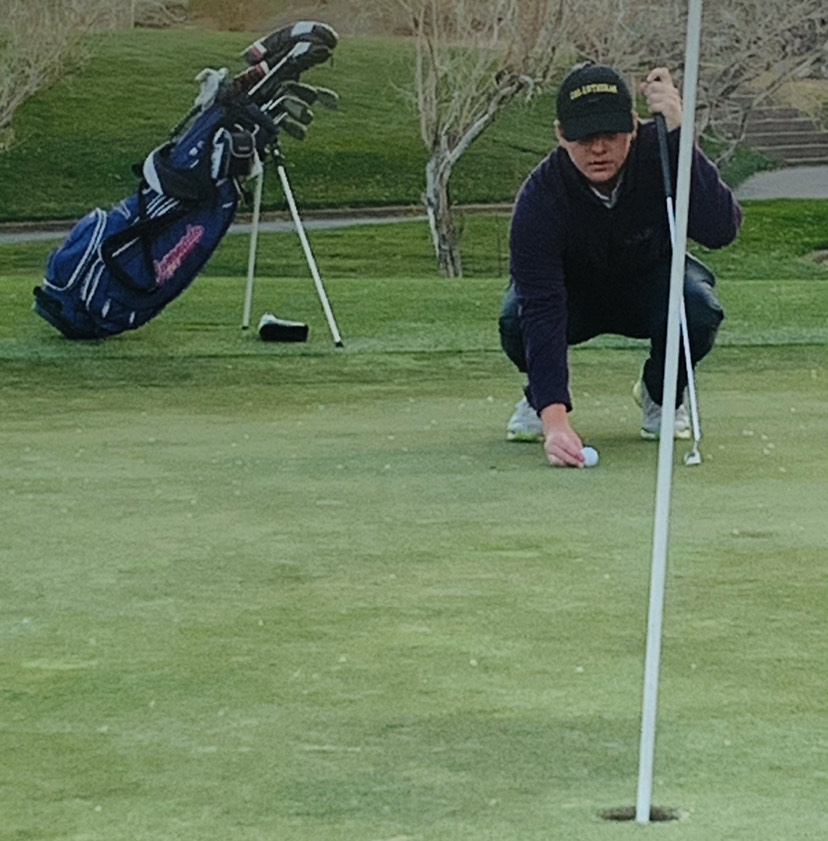 William Moser is taking life one golf swing at a time during these troubled COVID-19 times. That’s not always an easy task. Moser has spent his high school career at Coronado High School where the team won back-to-back state titles his freshman and sophomore years. He spent a lot of that time outside the top five players on the roster but that didn’t stop his drive to keep improving. And it has paid off. –by Bill Bowman, Las Vegas Golf Insider staff.

Like many other high school golfers he’s hoping there’s a spring season for him at Coronado to showcase his improving game. But his never-say-die attitude has already paid dividends as he will be part of the Cal Lutheran golf team, a D-3 college team located in Thousand Oaks, Calif., starting next fall.

“The past few years I’ve been on the outside looking in a lot when it comes to playing in tournaments,” he said. “My freshman year I played about half the year and got some good tournament time in. I had a couple of non golf-related injuries my sophomore year that set me back. But being the fifth or sixth man really gives you fire to prove yourself and that helps push the team to keep getting better.”

Moser is set to major in sports management and knew from an early age that some kind of role in the sports world was his calling.

“Ever since going into a broadcast class in 8th grade I always wanted to dive into statistics in sports,” he said. “This will be a great chance to do that. And Cal Lutheran will be a great place to start.”

Winding up at Cal Lutheran came about almost by accident.

“I got something in the mail from them and thought I would at least look at it and see if I might have an opportunity there,” he said. “And the golf coach (Jeff Lindgren) focused on me the whole time we were talking. He wanted to know about me as a student and about my life. That was important to me.”

And the rest, as they say, is history.

“I’m working hard to get my scoring average lower,” Moser said. “I want to make an impact (at Cal Lutheran) and I’m hoping to get some good tournament time right from the start.”

In the end, Moser said he’s hoping his work ethic and success in recent SNJGA events—the most recent being a second-place finish at Las Vegas Golf Club where he shot two-under-par each day–pays off.

“My mentality is that if I’m doing the right things to get better, everything will work out,” he said. “I’ve watched a lot of documentaries about Tiger (Woods) and Kobe (Bryant) and see how they feel they’ve got to outwork their opponents to succeed. That’s why I try to be the first one to the range and the last one to leave. I think the hard work will definitely help me succeed.”