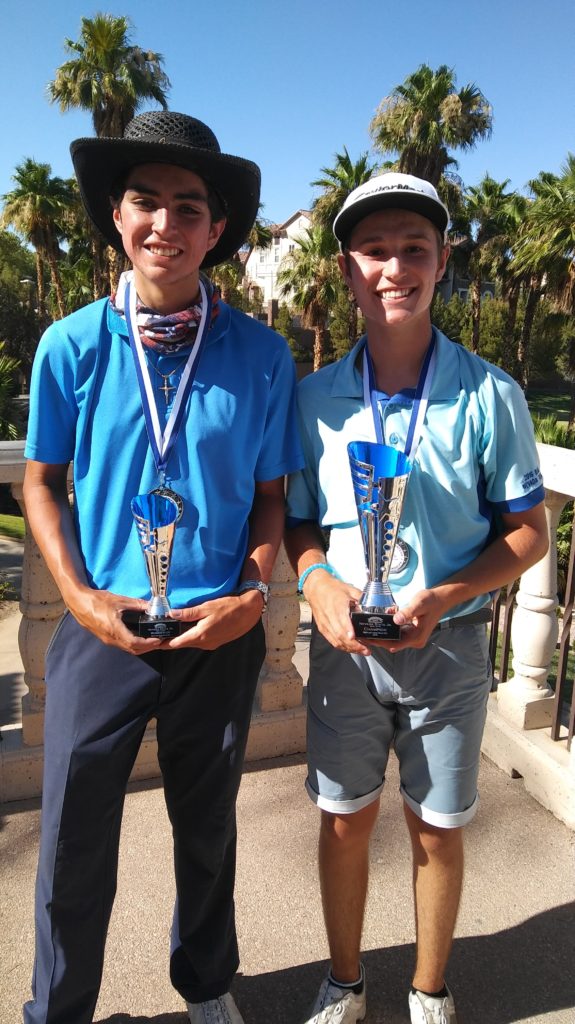 When a golfer wins any amateur or professional golf tournament title with the word “state” in the event title, that’s big time. And for many who go on to play the game at the highest levels, a state junior title is the first true major title in his or her career.

In Nevada, the annual Nevada State Junior Amateur has been held for decades and future LPGA Tour and PGA Tour players have won the tournament in addition to college players and other top amateurs. Winning the tournament can bring major exposure to college coaches and invitations to other regional and national tournaments.

Hazen Newman won it in 2016 and 2017 and took advantage of the automatic invitation to the prestigious Bobby Chapman Jr Invitational in Spartanburg, S.C., one of the nation’s premier junior golf championships and a top-10 ranked golf tournament. Newman now plays at Oklahoma State.

“That really opened up a lot of doors for Hazen because a lot of kids out west don’t get back east very much. Besides playing in the Bobby Chapman, Hazen also took unofficial visits to Clemson and South Carolina, so that was a really good opportunity,” says Brandi Newman, Hazen’s mom.

Hazen’s sister, Kyndall, won the Nevada State Junior in 2017 and 2019 and earning the much-sought-after AJGA performance stars were very important.

In 2020, winning is worth 8 AJGA performance stars, a huge deal for players looking to tee it up in AJGA tournaments.

“I won it in 1982 at Sierra Sage Golf Club in Northern Nevada, closing the match out on 17 against my good friend Melissa (Mo) Marcink is I was so honored to represent the Southern Nevada Junior Golf Association,” says Nicole Dutt-Roberts, who now is an esteemed PGA teaching professional for the Lake Las Vegas High Performance Golf Institute who also played collegiately at Weber State.

Another top Southern Nevada teaching professional, Kerri Clark, won the state junior in 1980 and Dutt-Roberts served as her caddie. Clark also played at Weber State and then played on the LPGA Tour.

According to Northern Nevada Golf Association executive Pam Whalen, the Nevada State Junior Amateur has a deep history, nothing that arguably the most notable champion was Robert Gamez, who was named the 1990 PGA Tour Rookie of the Year after playing collegiately at the University of Arizona. Gamez also played on the United States Walker Cup team.