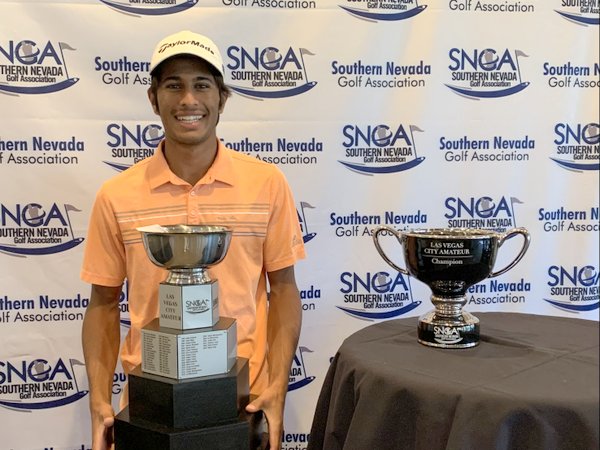 “This is just a tremendous boost for my confidence,” Patel said. “Especially during this pandemic. Trying to find good tournaments to play in and then play well is tough. To win this tournament is great.”

The victory should turn the heads of college coaches looking to add a great player, and the same could be said for the other SNJGA members who played in the event. Going up against top amateurs on a big stage, and showing well, is terrific for building a college resume.

“I haven’t decided (on a college) yet,” he said. “I am looking a little more at the West right now. Also, I can see my practice is paying off. I had a little of both short and long putts that went in. I made a couple of 20 footers that were really good. I’ve just been doing school work and practicing. I’m trying to balance those two.”

Besides the active SNJGA players, there were Association alumni throughout the field, again showing the impact the SNJGA has had on golf in Southern Nevada.