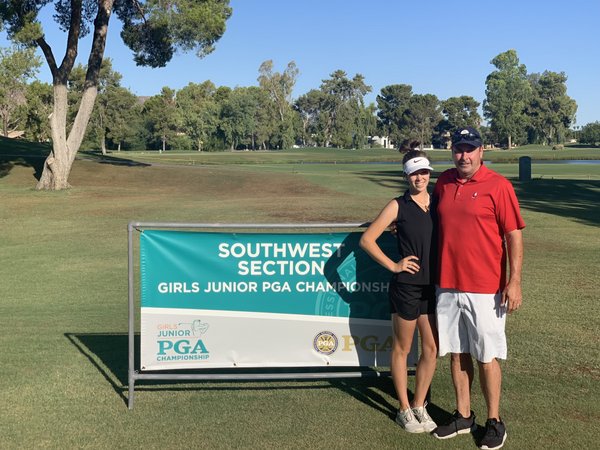 LAS VEGAS, NV (July 29, 2020)–For Joe Lescenski, it was a trip down memory lane. For daughter Lauryn, it’s a chance to start taking her first steps down that same road. Both father and daughter have been the recipients of SNJGA college scholarships, 34 years apart. And there’s at least one more thing they share: pride in being honored by the SNJGA. –by Bill Bowman, Las Vegas Golf Insider.

Lauryn was one of six SNJGA seniors to earn the Jim Colbert SNJGA Scholarship, but one of only two—the other was Coronado’s Ben Sawaia who will play golf at UNLV—to receive a special $5000 award that was only announced during the SNJGA awards banquet at Angel Park.

“It’s awesome and a great surprise,” said Lauryn who will enroll at UNLV this fall and then plans to transfer next spring to University of Nevada, where she initially planned to attend prior to Covid-19. “I’m going to major in social work and plan to work in a mental facility.”

She said her goal has always been simple: “I’ve always wanted to help people and this will be a great opportunity.”

Joe said his daughter has always been there to help out whenever and wherever needed. “She always did very well with grades and was involved in student government,” said Joe who just celebrated his 25th year as a PGA of America member. “She was always planning and running school activities…making posters, decorating the school. She spent a lot of hours making sure everything was done right.”

Lauryn said her memories of high school and junior golf will be lasting.

“I just wanted to make my parents (Joe and Kim) proud,” she said. “I went out and tried to play my best and stay focused.”

She added the camaraderie of the team aspect will also stay in her memory.

“Coach (Cindy Dinkel at Desert Oasis High School) really helped us a lot,” she said. “And the girls I played with (Sophia Higuera and Paige Farris) are like my sisters. We always went out to lunch and they kept me going. I couldn’t have done it without them. And I got to meet a lot of really cool girls playing golf. We competed against each other but everyone was also very helpful.”

Joe said he hopes his daughter’s college days are as memorable as his.

“College was a lot cheaper back then,” Joe said. “And getting that scholarship was great. I went to Taft Junior College for a year and then went to Long Beach State where I played golf. It was really the first time I traveled and played golf in the four-day tournaments. It was quite an experience.”

Lauryn is going to stick to playing golf for recreational endeavors these days.

“I mainly play for fun right now,” she said. “I work at Anthem Country Club and play some with my brother Jacob.”

Joe spent seven years in the golf business and is now the sales manager of Bron Tapes. He had one final bit of advice for Lauryn.

“College scholarships are few and far between,” he said. “Have fun but make sure you work hard. It will all pay off one day.” 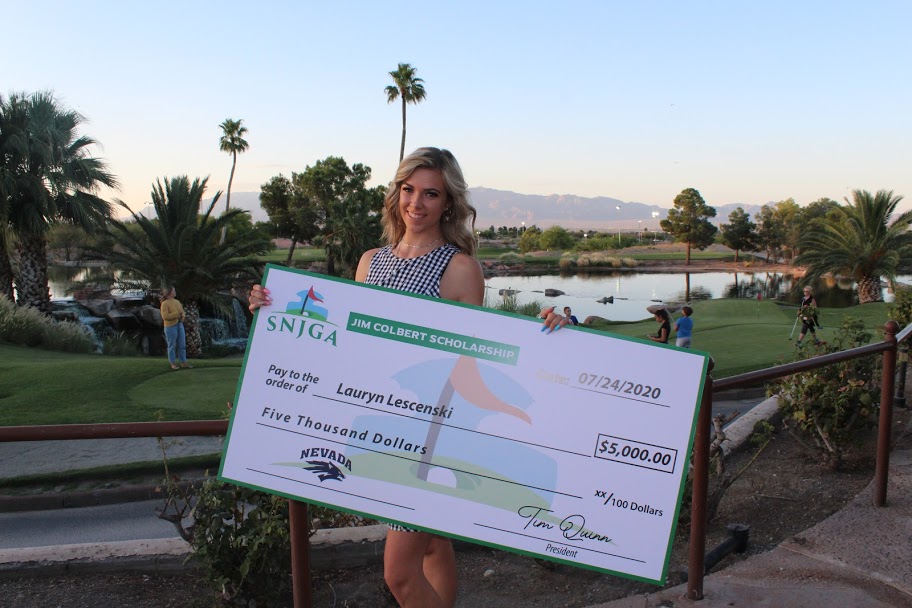