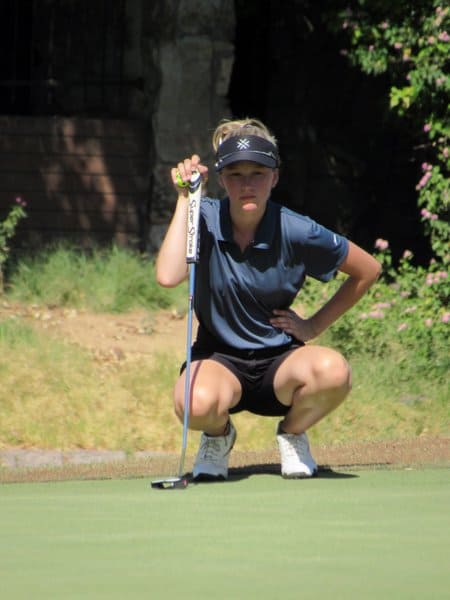 Golfers come into the sport in a variety of ways. For some, as soon as they are walking they are swinging a club. For others, introduction to the game comes a little later because of interest in other sports. For Sophia Higuera, it was definitely the latter. And now, she’s making up for lost time and has committed to Arizona Christian to play golf and follow her calling. –by Bill Bowman, Las Vegas Golf Insider staff.

Higuera, a senior at Desert Oasis High School, started her introduction to sports as a soccer player and was in clubs or teams that played and practiced year-round.

“I certainly didn’t grow up with a golf mentality at all,” she said. “If anything, I always had a soccer ball in my hands. It was soccer practices, club matches…that was my life for a long time.”

At a young age, her father (Jeff) got her some clubs so she could join him on the practice range once in awhile. That was all well and good, but soccer was still front and center.

Then came the turning point. It was the summer before her freshman year of high school when golf came into the picture in a big way.

“Going into freshman year, golf and soccer were in the same season,” she said. “I had to decide. I had recently stopped club soccer and couldn’t see myself playing college soccer. Dad said to give golf a year and he said I could always go back to soccer if golf didn’t work out.”

It has worked out just fine.

“My first year I met Lauryn Lescenski,” she said. “She was a sophomore and played golf and we became good friends and she helped me learn more about the sport.”

She admits it was kind of strange not to be kicking a soccer ball.

“I had never played in any type of golf tournament until the first one in high school,” she said. “I was really nervous. I didn’t know the rules at all so I just tried to slowly learn and learn and learn.”

It has paid off.

“My first year I just tried to keep practicing as much as I could and try to develop,” she said. “I was in the 100s my freshman year…not very good. I got it down to the 90s my sophomore year and in the 80s as a junior. Now I’m in the 70s and low 80s so the work is paying off.” 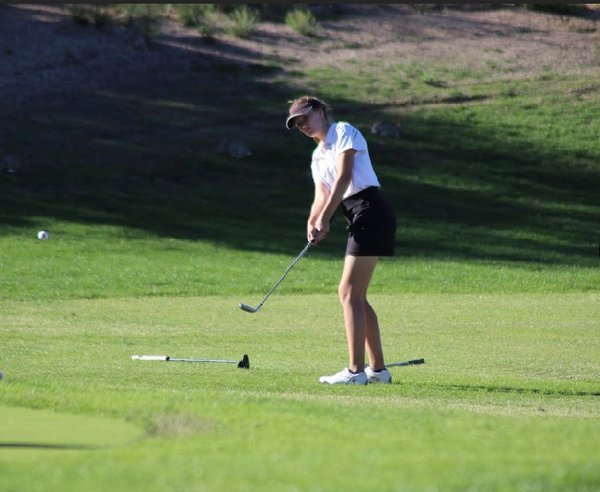 She also said the SNJGA has played a big role in her growth.

“I just love the way they go about the tournaments and the community they have built,” she said. “A lot of girls I play with in high school play in those tournaments. It’s a more relaxed and fun atmosphere.”

Now, she’s looking forward to the next step–college.

Her choice to attend Arizona Christian was an easy one.

“I’m going to major in Christian Ministries and minor in business communications,” she said of getting a partial golf scholarship to the school. “I’m hoping to maybe work at a church or start a non-profit.”

She said her views changed about five years ago.

“I’ve always been pretty good at communicating and public speaking,” she said. “So I really never thought that much about it. But one night God placed it on my heart to go into ministry.”

She said it was a revelation that did shock her.

“I was 16 at the time,” she said. “It definitely surprised me. I knew it wouldn’t happen overnight but the seed was planted. Now I’m anxious to see the potential of where my life will go.”