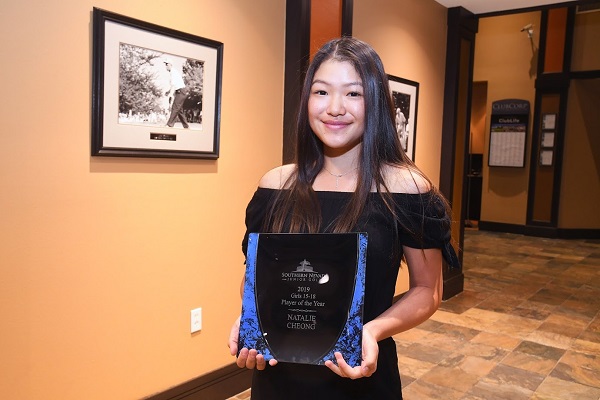 LAS VEGAS, NV (Feb. 21, 2020)–The four Southern Nevada Junior Golf Association 2019 Players of the Year–two girls and two boys–all excelled on the golf course. That’s a given with them winning the 2019 honor. But they are also looking at golf to help them advance their lives. And that’s every bit as impressive as their on-course success. Here’s there stories plus addition award winners, recently honored at Bear’s Best Las Vegas. –by Bill Bowman, Las Vegas Golf Insider staff. 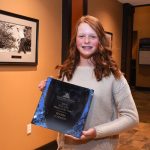 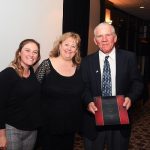 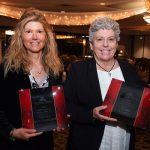 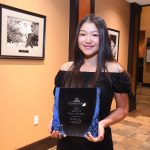 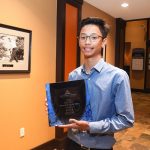 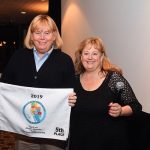 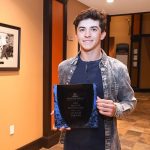 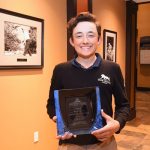 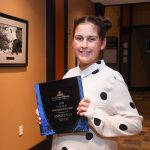 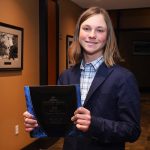 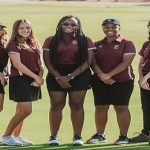 Here are the player of the year stories:

“I didn’t play well the whole year but I just tried to be consistent and put in a lot of hard work,” she said. “I’m very happy to win. It made me a lot better player. Now I know I’ll have to work harder if I want to be Player of the Year next year.”

Common won one event in 2019 and won the Player of the Year title by 28 points.

She said golf is definitely going to be part of her life for years to come. “Getting Player of the Year shows that hard work can pay off,” she said. “I hear a lot of stories about how kids used golf as they went through life and I definitely want to keep it in my life.”

And attitude is important to her. “When I was younger I had a difficult time and used to cry,” she said with a laugh. “Now I’ve learned that golf isn’t perfect and I’ve accepted that we all hit bad shots.”

She’s also already got college on her mind. “I’m definitely thinking about golf when it comes to getting into college,” she said. “But other than that, I’m kind of taking things as they come right now.”

A positive frame of mind is the key to success for Bradley Bourn’s success on and off the golf course.

“I just put in a lot of practice and tried to stay focused,” the Doral Academy 8th grader said. “I try to be an optimist. It’s a lot about positive mentality and hard work.”

Bourn won six of the nine events he entered and won the Player of the Year title by 190 points.

Bourn said he would love to play golf professionally down the line but realizes he needs to have a backup plan as well.

“Of course, I’d love to be a professional golfer,” he said. “But right now I’m just trying to get good grades so I can go on to college. I’d really love to go to a really good college like UNLV.”

He’s also expanding his other interests off the golf course.

“I’ve done band for a long time,” he said. “I’ve played a couple of instruments and last year wanted to go into band to try something new and tried the saxophone. I’m really getting into it.”

But for now, he also is looking to keep improving his golf game as well.

“My irons and my putting are things I’m really working on,” he said. “You definitely have to have those working in order to play the game well.”

Natalie Cheong was runnerup in the Player of the Year race last year but this year the title is hers.

“I was happy and really excited,” she said about her honor. “It was really cool.”

Cheong won two of five events she entered and won the title by 44 points.

She got started playing golf late, but is certainly making up for lost time.

“I didn’t start playing golf until I was 11,” the Odyssey Charter School freshman said. “Tennis was my first sport…it was my own thing. But once I started golf, it really taught me a lot.”

“Golf’s really a mental sport,” she said. “You’ve really got to concentrate. And it’s just you and the course.”

Cheong also spends time with a youth foundation as an intern which helps troubled kids.

“We work with a lot of kids who suffer from depression,” she said. “This is a way for me to let go of certain anxieties and connect with people in a really healthy environment. We talk about teenage things and how we deal with them. It can be simple things like painting or just conversation and opening up.”

“Golf’s my passion,” he said. “It’s a lot of hard work. I practice as much as I can and I’m sacrificing more of my free time to get better.”

Parrish played in seven events and won twice. He won Player of the Year by 133 points.

The bottom line? “I want to make golf a priority,” he said. “I focus on it as much as I can. Winning an award like this just shows the hard work pays off.”

But he also realizes his schooling is just as important.

“I want to make sure to put my education first,” the 16-year-old Coral Academy student said. “I want to get a good education and a good degree. That way if things don’t pan out with golf, I’ll have an education to fall back on.”

To that point, he’s hoping golf and school continue to go hand-in-hand.

“I’d love to use golf to get a scholarship,” he said. “The division I play at doesn’t matter. To me, I just want to play on the team and get a good education. That would be the best school for me.”

He also has a particular field he’s eyeing. “I’m looking at a chemical engineering degree,” he said. “Last year in school I figured out that chemistry is something I understand and is fun for me. Once I figured that out, I thought I should pursue something that really interests me.”