Air Fudenberg Is Ready to Take Flight In College 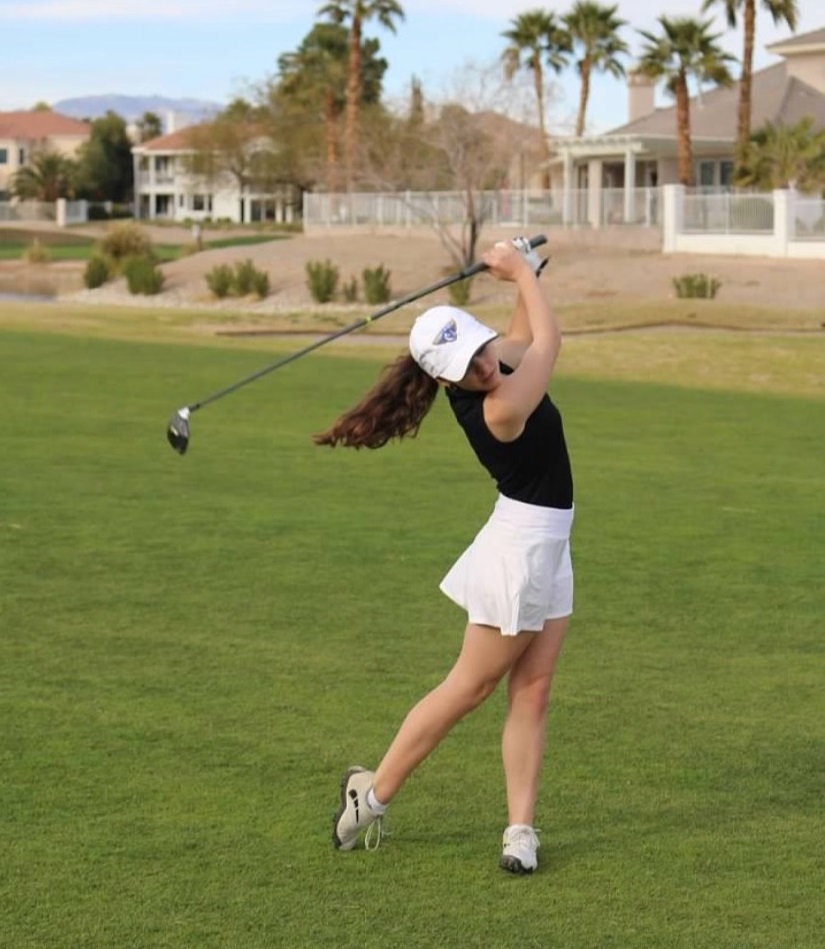 14 May Air Fudenberg Is Ready to Take Flight In College

Posted at 15:11h in Member Spotlight, News by Brian Hurlburt

Despite not being in school physically the last couple of months, Anna Fudenberg has kept her focus, both on schoolwork and golf. Fudenberg is a recent graduate of the Northwest Career and Technical Academy and is about to take off, literally, on her next steps and is looking to be a pilot by attending Embry-Riddle Aeronautical University in Prescott, Ariz. –by Bill Bowman, Las Vegas Golf Insider staff.

Now, if you’re thinking this story has a familiar ring to it, you’d be correct. Fudenberg will be joining fellow high school golf teammate Hailey Stevenson at Embry-Riddle. In fact, the two will be roommates. And Stevenson was our member spotlight in April 2020.

“We first met when we started taking lessons at Painted Desert,” Fudenberg says. “She was always better than I was, but that pushed me to work hard. Now we’re really good friends and going to be roommates in college.”

Fudenberg says her days in junior golf have definitely helped her get to this spot in her life.

“The junior program really taught me a lot about myself,” she says. “It taught me how to control my emotions. There’s so much you can learn about life from playing golf and apply that toward everyday life.”

And one of those things is to always look ahead, on and off the golf course.

“You can’t change the past,” she says, when asked about her attitude of errant shots. “One thing my dad (John) taught me is: It happened, now deal with it and do what you can to get out of it.”

Junior golf also taught her to appreciate the opportunities golfers are given through the SNJGA events.

“There were so many times we’d get to go to a nice golf course and only have to pay $5 to play,” she says. “Just in that aspect alone I know it helped a lot of other kids along the way as well. It’s just great that the SNJGA supports golfers the way they do.”

Now it’s going to be on to college life and Fudenberg knows she’s going to have her hands full.

“It’s definitely going to be a new challenge,” she said. “Balancing school work and golf as well as making sure I still have some time left to enjoy myself off the course is going to be interesting. I will have a very packed schedule.”

But for now, it’s business as usual.

“I’ve been golfing at least three times a week now,” she says. “I just finished up my last day of high school and now I’m doing AP and trying to complete my private pilot’s license. It’s been pretty busy.”

The four-time varsity golfer was a scholar athlete at her high school. She was also a part of the Women’s Golf State Championship team in 2018 and runner-up squads in 2017 and 2019. Fudenberg served as the treasurer for her school’s student government the last four years. Not only is she a decorated golfer but a decorated skier as well. She will major in Aeronautical Science.

“I chose ERAU because I found a passion for aviation. When I visited, the people were very kind and acted like a family,” Fudenberg says. “All the faculty as well were very gracious and welcoming. When I went to make my list of pros and cons for going to ERAU, I came up with a page full of pros and not one con, which is unusual in the college search. Right after that, I decided I wanted to become a part of the great community that is ERAU.”